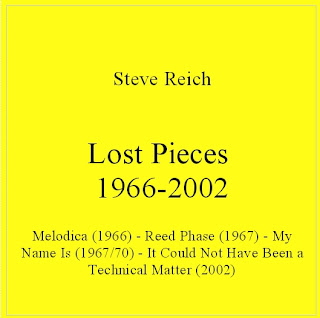 Update 25 July 2007 (link in comments):
I've added the sensationally rare tape beast My Name Is as performed 1970 in Berkeley (original source: web stream on http://www.archive.org/ courtesy of http://www.radiom.org/ - I've used Replay Media Catcher to record the audio stream 1:1 to MP3). I never thought I would ever be able to listen to this track as it lis isted as "manuscript only" in Reich's official list of works. It's a little bit too casual for my taste but it definitely has its moments as its speech samples were recorded and transformed live in concert.
Also added, from the same session in Berkeley, are two unusual performances of Violin Phase and Phase Patterns. Technically speaking these two bonus tracks are not "lost" pieces as you can find them on regular ECM/Wergo releases, but these previously unreleased performances are interesting and historically important nonetheless.
Original post 8 June 2007:

This generic release (which is assembled from several sources and not commercially available) unearthes some "lost" pieces by fabulous American "minimalist" Steve Reich. 1st Piece: Melodica is Reich's legendary "lost" tape piece from 1966, featuring heavy tape phasing for, yes, a melodica. It has only been released on the 3 LP release Music from Mills - which, in my opinion, is justified, as it is certainly not among Reich's better works. The second piece, Reed Phase (1967), though being available on CD (Ulrich Krieger: Walls of Sound II) is, surprisingly, not part of Reich's official work list (the reasons for which are not known to me). The third piece is the DVD-audio track from Act I: Hindenburg from Reich's video opera Three Tales (released 2002). Ulrich Krieger's heavy version of Pendulum Music from 1968 is added as bonus track.
-------------------------------------------------------------
6 comments: 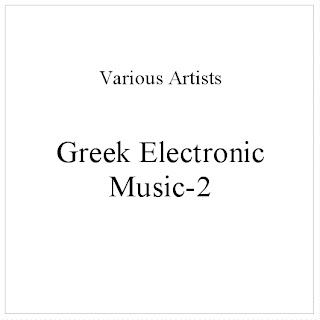 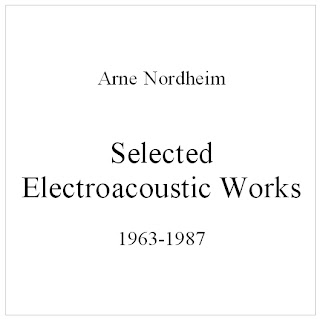 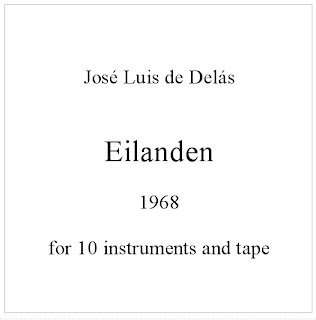 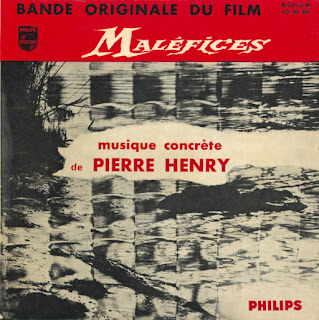 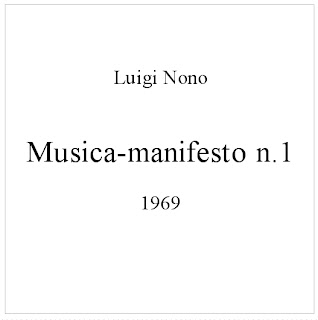 Today we are discussing a great tapework by Luigi Nono which is (to my knowledge) not available yet on disc:
Musica-manifesto per nastro magnetico a quattro canali/for 4-channel magnetic tape (1969)
Part 1: Un volto, del mare [Text by Cesare Pavese]
Part 2: Non consumiamo Marx [based on documentary texts]
It was recorded on April 24, 2004 at the Wittener Tage für Neue Kammermusik (Soprano: Petra Hoffmann; Speaker: Isis Krüger; Sound supervision: Bryan J. Wolf - who is, by the way, Karlheinz Stockhausen's assistant). Sorry for the short mobile phone distortion in the first track!
E.g. like Vangelis' "Fais Que Ton Rêve Soit Plus Long Que La Nuit" this piece is dealing with the student riots in Paris in 1968. Like most of Nono's tape pieces this is wonderful, ethereal musique concrete, using a lot of pre-recorded elements. Make sure to also get Nono's recently released "Complete Works for Solo Tape".
--------------------------------------------------------
1 comment: 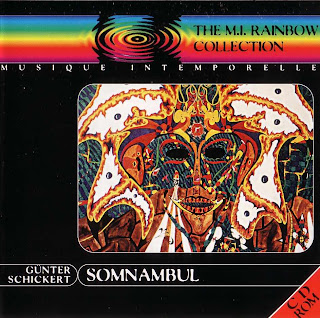 Do you need to know Günter Schickert? Yes, you do! His 1974 electro/guitar album Samtvogel (which still hasn't been published on CD; get it from Mutant Sounds by the way) is probably on of the milestones of early trippy electronics (and, I think, even a little better than Manuel Göttsching's Inventions for Electric Guitar). Schickert's CD Somnambul, released on the German label Musique Intemporelle is now out of print (and really hard to find) and compiles some previously unreleased works from 1980-94, some of which is of ethereal beauty (and some of which isn't). In an interview from 1995, Schickert described his "Somnambul" method like this: He was sleeping next to his equipment (some electronics, tape machines, conch shells etc.) and whenever he woke up after a dream he played his music straight onto tape, which gives it a spacey touch.
------------------------------------------------------------------
5 comments: